What Habits Make You A Sluggish Reader? 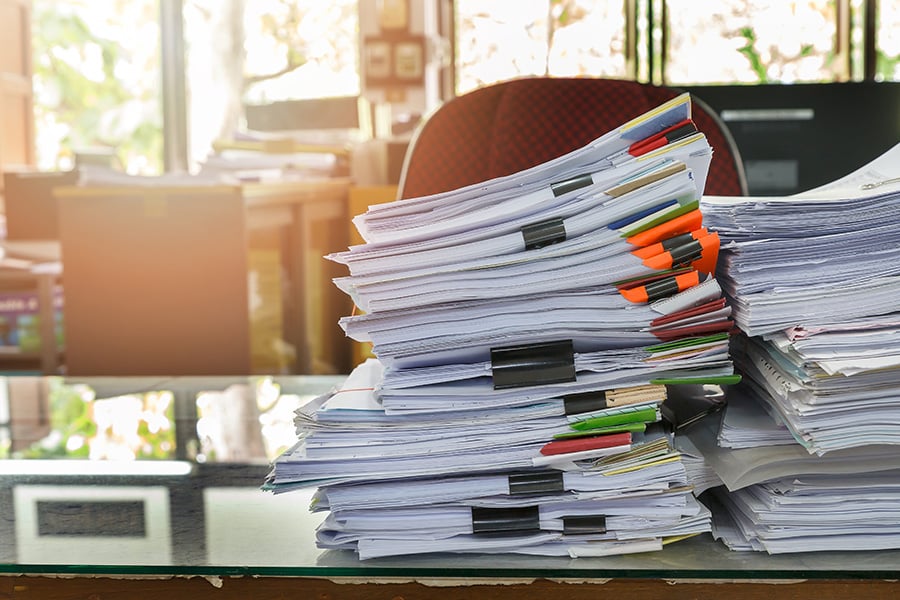 One of the earliest recorded silent readers was St Ambrose, Bishop of Milan, from 374 AD.

St Augustine wrote his observation that Ambrose, ‘When he read, his eyes scanned the page and his heart sought out the meaning, but his voice

was silent and his tongue was still.’(5)

St Jerome, another learned monk from the fourth century, was also a silent reader.

In the West, it wasn’t until the early Middle Ages, beginning in the seventh century, when the separation of words began(6) that reading transformed from group readings out loud to a silent, private activity. With Gutenberg inventing the printing press around 1439, books became easier to own and literacy more widespread.

But Is Reading Truly Silent?

The modern average reader sub-vocalises as they read; they silently listen to the sound of the words while reading.

And it’s sub-vocalisation that limits your reading rate. You are trapped into a reading speed no greater than the rate at which you can hear and process spoken word.

Almost everyone sub-vocalises, or hears an inner reading voice.

It is a carry-over from when we first learned to read by sounding out words and reading aloud. (And no, we don’t need to say the words to understand the words. Your brain is capable of direct eye to mind transfer of meaning.)

If you consult Guinness Book of World Records(7) you’ll find the fastest talker was clocked at 655 words per minute (wpm) in 1995. Speed readers still sub-vocalise, but they minimise its impact. Only some of the words are heard mentally as they read. This enables them to read and comprehend above 1,000 wpm.

How Do You Minimise Sub-Vocalisation?

Simple answer . . . by reading too fast to hear all the words! With the right techniques, it is as simple as it sounds. Can you read the following sentence?
Eye sea two feat in our rheum.

If you heard this sentence spoken aloud rather than reading it, you might experience less difficulty to make out meaning.

The sounds make sense but the spellings do not.

This demonstrates how the meaning of the written word does not come from sound of the words but from the spelling or the ‘look’ of the word.

Words are recognised on sight, therefore we do not have to sub-vocalise to understand the meaning.

Do We Read With Our Eyes Or Our Brain?

When we scan a landscape, our eyes cannot move smoothly. They jerk and jump along spasmodically.

No amount of mind-over-matter training will change the fact that unless the eyes are fixed on an object in motion they are tracking — a bird, a car, a moving finger — the eyes will not move continuously.

When looking around a room, your eyes move from one point of focus to another and perceive different visual information at each resting-point.

Your brain constructs a stable and coherent image of the room in your mind, despite your eyes constantly moving from point to point.

While your retina is registering changing fragments of a room one at a time, your brain perceives the room as one integrated, perceptual whole.

Have you ever watched someone’s eyes as they’re reading? If you observe someone reading, you’ll notice a stop and start motion while they read.

That problem is called lack of fluency.

It’s like a learner driver whose car kangaroo hops down the road; rather than a skilled driver who drives in one smooth direction.

Lack of fluency slows down your reading rate.

The technical term for this jerky motion is ‘saccade’ (from a French word meaning ‘jerk’). So when the average reader reads they experience a jerky, saccadic eye movement.
Here’s a simple demonstration.

Close one eye and gently touch its eyelid by placing the base of your hand on your chin then let your fingertips lightly rest over the eyelid.

With your other eye, slowly trace a line from left to right.

Can you feel jerking movements of the closed eye as it moves in synch with your other one?

Next time you are watching a film or video and the scene calls for the actor to gaze at a moving object, observe . . . do the eyes follow smoothly or do they jerk along?

Another problem with eye movement is regression. Regression is where the eye flits back and rereads part of a word.

It’s almost imperceptible; most people don’t even know they’re doing it; you can’t see it with the naked eye. Eye movement cameras can measure the number of regressions the reader makes per page. They teach this in optometry school.

Did you know the average reader regresses around 50 or 60 times per page? And it slows down reading rate.

Imagine driving down a suburban street, continuously stopping at each intersection, backing up a car-length before moving on. It’s a time-waster.

Speed readers can read whole lines at a time; that’s around ten words at a time.

In fact, there’s a Chinese saying referencing speed reading, ‘one eye, ten lines’ or 一目十行.(8) Learning to speed read shifts you from reading individual words to reading ideas. That’s where you save time as well.

You can increase your reading speed significantly by learning techniques to overcome the poor reading habits of:

If you spend 30% of your time at work or study reading and you double your reading rate, you’ve just freed up an additional 15% of time for other things — or you can read more in the same amount of time.